For the backpack-clad students who trooped off the Yellow Line bus shortly after 9:15 a.m., though, it was business as usual. 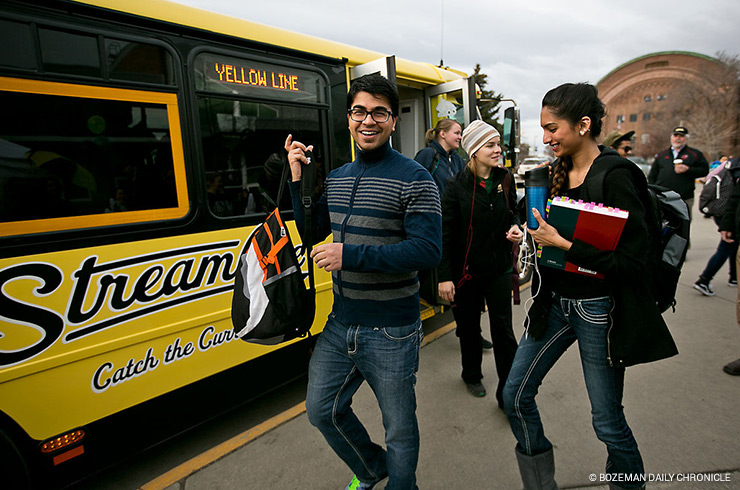 David Kack, a Western Transportation Institute staffer who manages the public transportation program, clicked away with a handheld counter as the students debarked, then pulled aside a young man wearing a Bobcat ball cap and a Carhart hoodie — Streamline’s 2-millionth rider.

The student, it turned out, wasn’t interested in sticking around to chat. Offered a gift basket, he grabbed a blue and gold umbrella and fled into the SUB before he could be mobbed by the local press.

Kack and the other officials assembled — representing MSU’s student government, the Human Resource Development Council and the city of Bozeman — took it in stride.

He still has old Chronicle letters to the editor arguing, “it would never work,” he adds. 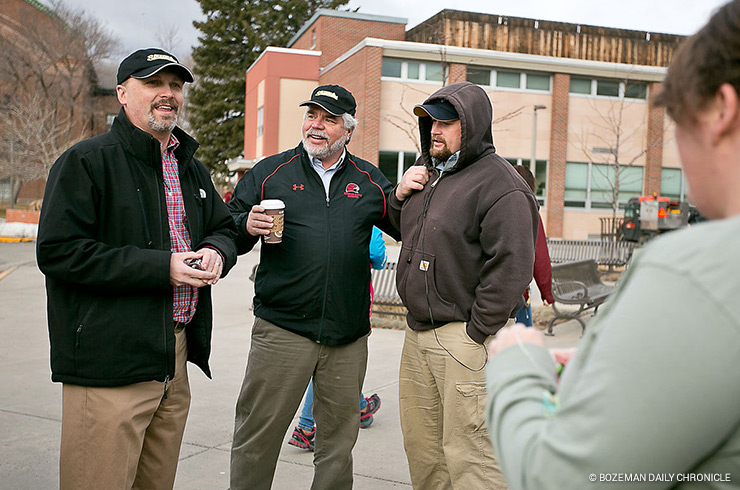 “You can’t build your way out of traffic congestion,” he said.

“We are taking cars off the street,” he adds, noting surveys indicate 40 percent of Streamline’s users own a vehicle.

Hannah Wilson, a history and economics student — who proudly noted she was rider number 2,000,002 — said it’s apparent from riding the bus just how much value it provides to the community.

“It’s always full,” she said, saying she rides the bus almost daily to get to campus from her apartment in the university’s family-graduate housing complex.

“It’s like the closest thing to teleporting from Peter Koch Tower to the Strand Union Building,” Wilson said.

Kack added that he hopes to see the service continue to expand in the coming years, increasing bus frequency and adding routes to serve more of south and northwest Bozeman. 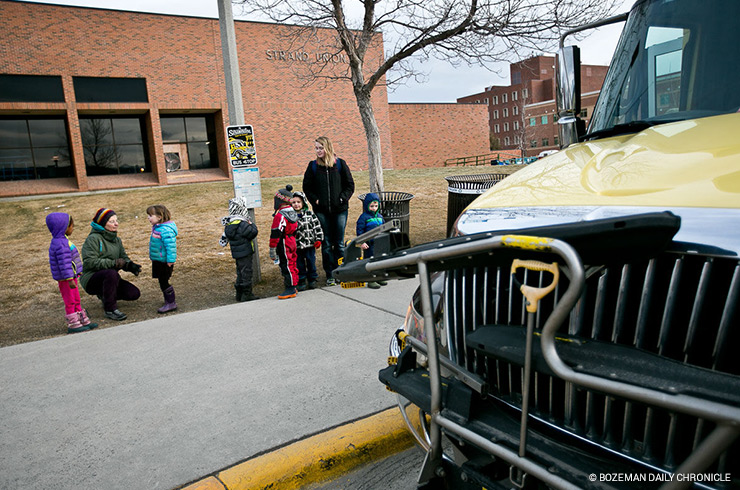 The service costs about $1.5 million a year to operate, according to numbers provided by HRDC. Of that, about $1 million comes from federal transportation funds, complemented by $132,000 from fees levied by MSU’s student government and smaller contributions from the MSU administration and the cities of Bozeman and Belgrade.

WOW! We were overwhelmed by support at the County Commission hearing this Tuesday! It was so great to see so many members of the community take time out of their day and speak before the commission in support of the Urban Transportation District! We’re very excited to announce that the Urban Transportation District is officially on the May 2nd special elections ballot, a mail-in only ballot!Pictured Below is Linda, who we can’t thank enough for sharing such a touching story about how Streamline benefits her son, as well as many other disabled members of our community. Offering an independent lifestyle to members of our community is something we’re proud to be a part of! Below is an excerpt of Linda's testimony.A huge thanks to everyone who spoke! We’re so very lucky to have such an active community. "I have a 32 year old son with developmental disabilities [...]The formation of a proposed urban transportation district will give my family peace of mind, knowing that Streamline will always be there for him and he will continue to be a mobile, productive, tax-paying member of the community." ... See MoreSee Less